I have started piecing together a forensic tale of misadventure. It seems that there are memory holes – hard to detect and easy to fall into – and the news media has forgotten how dangerous they can be.

In the last couple of weeks the memory hole has appeared in editorials published in The Australian and also in the news and op-ed pages.

What is going down the gurgler is the real story of the Independent Media Inquiry. 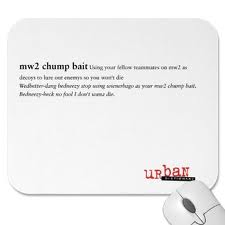 It seems that we are being told to forget that the Convergence Review even happened and that it had precedence in terms of suggesting (I can’t put it in a milder form) reform of the media regulation system.

We are being force fed the chump bait on this one.

What we are — on the other hand — being encouraged to remember is that Ray Finkelstein and his henchmen (all hand-picked left-wingers who failed as journalists before taking up the falure’s role of teacher) plan and plot with JU-LIAR and the rest of the chaff bag scum to scuttle our freedoms and reduce us all to the vassals of some horrible fascisto-stalinoid plot.

What we are being fed here is pure A-grade GM-modified chump bait.

Chump bait is the false trail, the tell-tale tasty bits of bullshit that the dribblejaws and useful idiots can feed on.

Fill’em up with chump bait and set the dogs barking in the letters pages.

It feeds the beast, sets up a false trail and scares the rabbits.

Chump bait is a feature of American politics – particularly in the tough city of Chicago – that’s probably why it appears so often in the TV series “Boss”.

The one lesson learned from Chicago politics is shaping the political battlefield starts early and those ads were pure chump bait.  The MSM fell for it.

When it comes to Chicago politics you have to think like a contrarian, what’s up is down, the obvious is planted,  support is derision and derision is support.

Support is derision and derision is support. Sounds a bit like 1984 doesn’t it?

Or as my sometimes correspondent 730reportland put it just a few days ago: Your ignorance is their strength.

The link between chump bait (ignorance is strength) and the memory hole is not a coincidence. Both are straight from Orwell’s brilliant imagination.

I dealt with this recently in Down the Memory Hole part 1.

In that post I exposed the big lie about aspects of the Finkelstein report that have been deliberately distorted and repeated in The Australian in order to put the frighteners on and signal to the government that the age of media bosses dictating policy are far from over.

The Memory Hole gets deeper and wider by the day

Now the memory hole has sucked in the Australian Financial Review.

Perhaps we shouldn’t be surprised, it could very well be a pre-emptive buckle to the forces of Gina Rinehart and the burger king.

The Fin has now joined the editorial chorus of Fink-bashers.

Truth is a victim here.

As often in journalistic accounts of the ‘rough draft of history’, truth is the first casualty.

The Fin Review editorial takes the classic revisionist line and suggests that the concept of market “failure” – touched on by Finkelstein – is no more than a “theoretical assertion”.

The “quote marks” are in the Fin, they are there deliberately to signal that the editorial disagrees with the use of the words. they probably also signal that they might be, stress might be, quotes from Finkelstein himself. I have my doubts, but it’s too late to check it tonight.  [I will return to this later]

But the more sinister aspect is how the Fin has adopted as its own the Murdochian line about the Indepedent Media Inquiry. We are seeing history being rewritten here, before our eyes.

The response of the government was to cobble together left-leaning legal and media academics to make a loaded political case that suited the government’s partisan interests.

Those interests included attacking News Ltd in the aftermath of the phone hacking scandal, and now perhaps in blocking Gina Rinehart in her efforts to gain a board seat at Fairfax Media.

Anyone who thought that the Fairfax media had any bottle to resist should seriously reconsider.

What’s also interesting is that this Fin editorial follows the pattern I discuss in Memory Hole Part 1. It ‘reports’ a speech by some prominent class warrior and then weaves the editorial around it to bolster its arguments.

In this case the story is a speech by Business Council of Australia chief Tony Shepperd.

The good Shepperd can, of course, be relied upon to toe the party line.

Changes to media regulation being considered by the federal government highlight the risk of reactive and ill-conceived regulation, go beyond the role of government in regulating the market, and in some cases represent a threat to freedom of the press and, importantly, freedom of speech.

This is just a barely disguised argument for business to be given carte blanche to plunder, rape and pillage just as it always has with the full support of which ever capitalist party happens to be in government.

This is no more than sharks circling in bloody waters.

I’ll come back to this, but for now, it’s good night from me and over to Jonathon.

Their press freedom is not our freedom of speech

We have to continually remember that freedom of the press in a capitalist economy built on greed and exploitation is not the same as freedom of speech or freedom of expression.

I have been making this point for a while now and I am working it up into a book, but Jonathon Green on The Drum has put it very well.

I like to bring these lines to the attention of EM readers because I know that my detractors think that I am a lone wolf fuckwit lefty with martini-soaked brain cells.

I just tell them to get fucked and carry on, but it is nice when there’s third party endorsement of the truth for a change.

Freedom of speech is the cause our media corporations are so keen to defend. And ‘freedom of speech’ is how they define the unfettered freedom to pursue their commercial interests, a neat blend of noble public principle and narrow corporate need.

The troubling concept here is merging the idea of freedom of speech with the repeated behaviour of the corporatised media that claim it as a social benefit only they can deliver.

Freedom of speech and the freedom of media corporations to conduct their business without restraint are now observably distinct ideas. We no longer need the help of one to achieve a sense of the other. We can do it for ourselves… and chances are  we can do it without the moral missteps so typical of the over-eager practice of modern corporate journalism.

Which is not to entirely devalue the case against media regulation. But when, as it did on Monday in one of a series of impassioned pleas to reason, the Australian newspaper editorialises that “few would deny an independent press is vital to public interest…” we all probably realise these days that the issue is not anywhere close to being that simple.

This entry was posted on Thursday, July 26th, 2012 at 9:51 pm and is filed under freedom of speech. You can follow any responses to this entry through the RSS 2.0 feed. You can leave a response, or trackback from your own site.