The Canberra Press Gallery has announced its members will boycott the Pacific Islands Forum in solidarity with banned ABC journalists. Political editor Dr Martin Hirst says this is an historic decision by the Gallery. 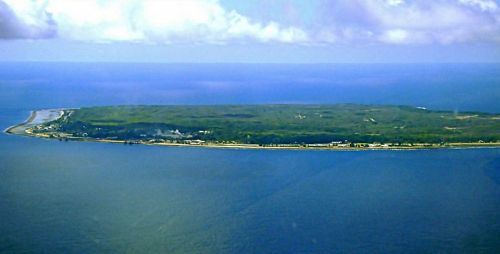 THE CANBERRA PRESS GALLERY has announced its members will boycott the Pacific Islands Forum (PIF) in September in an act of solidarity with ABC journalists refused a visa by the Nauruan Government.

I’m very pleased about this. You could say it’s something for Gallery members to be proud of, but my only fear is that news organisations will find a work-around to make sure some reporters can break the black ban.

It’s not a surprise that the pro-Nauru, pro-gulag Newscorp papers have announced they will be sending a team.

In a strong statement, Press Gallery President, <a

A further statement from the Press Gallery on the Nauru ban on the ABC.

If the ABC is banned, the pool should not go. pic.twitter.com/gRLQloweE4

The Nauru Government’s decision to block an ABC journalist from joining a media pool to cover the Pacific Islands’ Forum has been widely condemned by media rights organisations and by the journalists’ union, the MEAA. But it seems that, for some, it is difficult to condemn something that they secretly condone and would love to do themselves. It seems that, for some political leaders, free speech is great — but not for the ABC and not in Nauru Yes, I’m talking about the Prime Minister. All that Malcolm Turnbull could muster is that the decision is “regrettable”, but that it “must be respected”. In other words, I love freedom of the press, but not for the ABC and not in relation to Nauru.

.@TurnbullMalcolm: It’ll be regrettable not having media at the Pacific Islands Forum, but we must respect Nauru’s sovereignty to determine who comes into their country. We support press freedom, but it is a matter for Nauru.

If you watch the clip you can see that Turnbull is very uncomfortable with the words coming out of his mouth. His vocal cues show that he is insincere and suggest that he’s really delighted with the actions of the Nauru Government.

Clearly, you know, we…

It’ll be regrettable if the ABC is not there. We’d love to have you there with us…

But we have to remember and respect Nauru’s sovereignty.

And that’s the nub of it really. Turnbull is powerless to say or do anything against Nauru because his Government is totally dependent on the Pacific island nation as an offshore gulag in which to imprison women, children, and men who are refugees and who – according to international law and human rights convention – should be allowed to enter Australia.

Of course, we all know that Australia’s inhumane and potentially illegal incarceration of legitimate asylum-seekers is at the heart of the Nauru Government’s visceral hatred of the ABC.

Unlike the compliant Murdoch hacks who’ve been given access to Australia’s prison camps on Nauru, the ABC has covered the refugee issue and other human rights abuses by the Nauru Government accurately.

Which, of course, leads to the Nauruan accusations of “fake news” against the ABC.
Free press, but not you, or you, or you

I find myself often writing the words Malcolm Turnbull is a hypocrite. But, I’m sorry, it’s true and it proves itself true more often than I actually lay down the words on the screen.

Time and again, the Fizza disappoints. His word is not worth anything anymore. He cannot be trusted and he cannot be believed.

Turnbull will say anything that he thinks the media or the public will swallow. He is shallow and unprincipled, as this exchange on the question of press freedom shows.

Journalist asks if Turnbull considers the Nauru ban a question of press freedom:

And we regret that the ABC is not being given a visa. But that’s a matter for Nauru.

I want to be very clear about this. Nauru is entitled to determine who comes into Nauru as they decide.

Turnbull is still channelling the xenophobic rhetoric of John Winston Howard. The toxic legacy that Howard left the Liberal Party is still determining policy for the rudderless Prime Minister. Not only is he an unprincipled hypocrite, Turnbull is also a coward.

It’s no surprise that Nauru’s decision to ban the ABC has been supported by the conservative free speech fundamentalists of the Institute of Public Affairs. IPA talking head Simon loudly cheered the Nauran position.

This is the type of Orwellian sentiment from the Nauru Government that Breheny is cheering for:

The statement from the ABC…is arrogant, disrespectful and a further example of the sense of entitlement shown by this activist media organisation.

That sounds exactly like the rhetoric in statements made by Turnbull’s own ministers in respect of the ABC.

Can we be absolutely sure this statement wasn’t drafted in Canberra?
Nauru’s history with bad press

A journalist visa to Nauru will set you back at least $8,000 — and that’s just the non-refundable application fee that was imposed in early 2014. The fee was initiated to stop media from reporting on the Australian detention camps. The Nauru Government also has a long-standing policy of only allowing what it calls “respectful and objective” media into the country. And, as you would expect, the media ban is not actually a media ban.

It’s possible to check the Nauru Government’s media releases as far back as August 2016 and it’s clear that the ABC is not well-liked in the island nation. An earlier statement, from June 2016 is no longer accessible, but it was reported in The Guardian as being “lengthy” and “emotive”.

The government of Nauru has never enacted a media ban or blackout, as has been reported by some media outlets,” the statement read. “We have a media visa application process and as a sovereign nation we alone choose who enters our country. The lack of respect of our sovereignty by some Australian media outlets indicates extreme arrogance and hypocrisy.

Just like Australia, we will not allow those who we believe want to come to Nauru to incite violence, hatred and tension within our country.

The ABC has been targeted a number of times for allegedly false reporting, particularly involving Nauru President Baron Waqa and Justice Minister David Adeang, the Nauruan legal system and the Australian detention centres. Four Corners and 7:30 are particularly unpopular. So too are refugee advocates, who have been accused by Nauru of promoting “fake news”.

There’s a pattern here: whenever the Nauruan government is criticised by overseas – particularly Australian – media a testy and angry denunciation is issued.

This seems to play well in Nauru and the region, no doubt in part because of the mixed record of Western journalists in covering Pacific issues. The history of colonialism and exploitation of the Pacific by European and Australian imperialism also weighs heavily in the region. And rightly so.

This interesting thread by respected Samoan journalist and writer Lani Wendt Young sums up the view from progressive Pasifika people.

Yes, we have things to apologise for, but we should not lose sight of the fact that Nauru is essentially a failed state in our region. The country’s sovereign wealth has been squandered by a corrupt government that is now propped up by Australian aid and the money our Government pays for Nauru to host the off-shore refugee detention centres.

Nauru, a government with a reputation for bribery, corruption and money laundering. So weird how the IPA and LNP continue to rigorously support them, you know, especially given that they’re “brown” people. #ClientState #auspol
— Cat(herine) Purry (@CatPurry9) July 3, 2018

The Pacific Islands’ Forum meeting is scheduled for September, so there’s a bit of time for this story to play out. However, on current form, we should not expect Nauru to backdown and grant the ABC a visa.

To its credit, the Canberra Press Gallery has stood up on this issue. Gallery President, Fairfax journalist David Crowe was quick to issue a statement defending the ABC’s participation in the three-person media pool.

Now that the Gallery committee has announced its boycott we have to keep up the pressure on the Government of Nauru to allow the ABC to have access, on Prime Minister Turnbull to press President Baron Waqa to relent and on Australian media organisations to not organise a way around the Gallery black ban.

As I mentioned, Newscorp has already – and somewhat gleefully – announced that it will be sending a crew. The Gallery will be under immense pressure to cave in between now and September.

This entry was posted on Wednesday, July 18th, 2018 at 9:26 am and is filed under #auspol, Australian Media, Uncategorized. You can follow any responses to this entry through the RSS 2.0 feed. You can leave a response, or trackback from your own site.