HOW SEPARATE are the public and private actions of politicians and their high-profile staffers? Is it “class war” when the Left exposes the hypocrisy of the conservatives, but not when the Right wants to attack workers and welfare recipients?

We have cause to consider these questions this week, because several examples are presented to us from the White House and from our own domestic politics.

Let’s take the American cases first. They involve high profile staff in the Trump White House — staff who are controversial and who were in the spotlight this week for having aspects of their private lives exposed.

First, consider Stephen Miller, a speech writer and confidant of the President, who was profiled recently in The Atlantic as “Trump’s Right-Hand Troll”. The kindest thing one might say about Miller is that he’s a very well-dressed White Nationalist. He’s widely known as the architect of Trump’s infamous “Muslim ban” and the policy of separating families at the U.S.-Mexico border.

Miller was apparently trying to keep a low profile this week, but to no avail. First he was heckled in a Washington DC restaurant – a Mexican restaurant, would you believe – and then protestors started texting him after his mobile phone number was published on news website Splinter.

Following the publication of Miller’s phone number in a number of places a reporter for The Nation, David Klion posted it to Twitter. Twitter’s response was to suspend the journalist for a violation of the rule prohibiting the posting of private information.

Klion defended his actions in an interview with The Wrap; it’s worth considering his justification.

Klion also said that Miller’s status as a high public official made him fair game in a way which was different from the many right-wing doxxing campaigns against journalists.“Power differentials matter here and Stephen Miller is one of the most powerful people in the country. He is the architect of these inhumane policies. There is a power imbalance,” said Klion. “Anything that allows us to speak directly to the most powerful people behind this is something I would support. Doxxing a random person or a journalist is not something I would support.”

I must admit I have some sympathy for this position. Miller’s role in the White House must mean that his actions should be open to public scrutiny, but they are too often shrouded in secrecy. Pulling back that veil is sometimes necessary in order to make a point.

END_OF_DOCUMENT_TOKEN_TO_BE_REPLACED

Which part of the word ‘class’ don’t you understand?

I have been writing for The Conversation for  a while now. My latest piece on class warfare rhetoric had over 2000 hits on the first day it was live It also sparked lots of comments and a rebuttal of sorts from Associate Professor Gregory Melleuish of Wollongong University.

The debate about class confuses many people, partly because Australia seems like ‘the lucky country’ and it seems like class is a thing of the past.

Aren’t we all aspirational today, and so much better off than our grandparents? 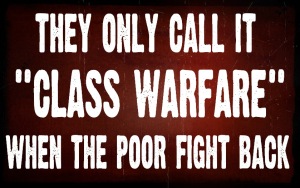 If that’s the case, the argument goes, aren’t we really a middle class country?

Well, yes and no.

Class is not confined to blue collar manual labour – a point that Prof Melleuish misses in his piece.

Cass is not defined by the colour of your collar, or whether you do manual work or service labour. Class is about the soical relations of production. END_OF_DOCUMENT_TOKEN_TO_BE_REPLACED

Journalists, politics and the union movement

An interesting piece on Jafa Pete’s blog about the rights of journalists when it comes to trade unions. Particularly if their union, like the EPMU in New Zealand, campaigns on behalf of a particular political party during elections. [The freedom to belong]

The question is about union membership affecting the ability of reporters to be fair and balanced. Alternatively you could pose this as: Are journalists compromised by their membership of a union that aligns itself to a political party?

As you can imagine [dribblejaws alert] I don’t think it really matters. In fact, I’d go a step further and say that journalists natural class alignment is with the workers. Even more, journalism would be better if reporters recognised this basic class instinct and acted on it at all times.

My argument’s a simple one, journalists are proletarians. They have a typically proletarian relationship to capital and to capitalism. The ideology of professionalism masks this and creates all sorts of confusion.