In the court of the Sun King, truth plays second fiddle to the gospel of Murdochracy

There is a fifth dimension; a parallel universe that revolves around a decrepit, dying and dangerous orb of hot gasses that is liable to frequent explosions raining down hot solar gusts of bile and venom on any random planetary object that displeases the ancient Sun King.

Welcome to the universe of News Corp; a solar system cut off from the rest of creation by an impenetrable wall of bias and a cult-like devotion to a host of terrible Gods. This parallel universe defies the laws of gravity and the morality of humans; it relies instead on the ancient and immutable laws of Murdochracy. 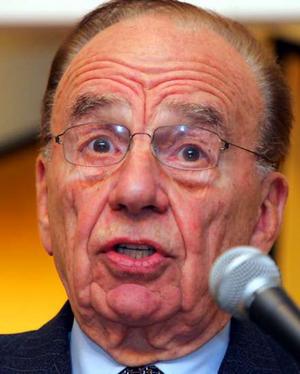 Even those who have served the Sun King with loyalty for many years live out their lives in fear of his vengeful minions. As former Times editor Andrew Neil famously wrote, to lose favour with the Sun King; to break the unwritten rules of Murdochracy is to be cast out from the universe to while away your days among mere mortals.

All life revolves around the Sun King; all authority comes from him. He is the only one to whom allegiance must be owed, and he expects his word to be final. There are no other references but him. He is the only benchmark, and anybody of importance reports directly to him. Normal management structures—all the traditional lines of authority, communication, and decision-making in the modern business corporation—do not matter. The Sun King is all that matters.

END_OF_DOCUMENT_TOKEN_TO_BE_REPLACED

Comments Off on In the court of the Sun King, truth plays second fiddle to the gospel of Murdochracy |