Saurons of cinema: Gobbits and Quislings in a tale of ‘yore

The drafty Stalinesque lecture hall underneath Auckland’s trade union headquarters in Grey Lynn was a fitting stage for the evening of ‘serious fun’ and ribald politics, earlier this week, when Warner Brothers won the despised and coveted Roger Award for the worst transnational operating in Aotearoa/New Zealand.

It was fitting that the gun-running, racist lackey Bugs Bunny was on hand to accept the Roger on behalf of his bosses.

Warners was a late nomination into the annual Rogers, which have been celebrating corporate bastardry for 13 years. This year is the first time that a media company has taken out the Roger and it couldn’t have gone to a more fitting legion of 21st century robber barons.

You might remember that several Warners’ executives were in Wellington in October 2010 to get their graspers on taxpayer funds to subsidise their LA condos and expensive whores. They are a shadowy bunch and were hard to get a fix on. Reporters and photographers were kept well away.

The shadowy men from Warners hide out in Wellington

There was some stiff competition for the Roger in 2010, but Warners beat out a tobacco cartel, a bank and a health care juggernaut to claim the prize.

An excerpt from the judges’ report summarises the award nicely:

Warner Bros thus significantly outscored all the other finalists for 2010 in interference in New Zealand
politics and governance. No other foreign corporation has been given such a red carpet treatment when it
came to interfere in the way we do things here, to our detriment.

As one Award judge expressed it:

“The entire spectacle of the negotiations between Warner Brothers’ executives and Government leaders
was akin to a 19th Century Royal Visit (minus the automobiles). The emergency ‘Hobbit’ legislation
fundamentally impugned New Zealand’s political sovereignty. Exclusive arrangements (resulting in
legislation) between transnational corporate elites and the executive State were seen to circumvent
representative institutions and the national public sphere. Furthermore, such interference in New Zealand
politics sets a precedent for all future negotiations between the New Zealand government and transnational
corporations”.

“’The Hobbit’ affair was an extraordinary example of transnational capital interfering in local politics, and
overtly influencing the actions of the NZ government (which richly deserves its Accomplice Award). It was
an overt display of bullying that humiliated every New Zealander, and deliberately set out to do that”.
On the judging criterion of treatment of employees and contractors Warner Bros also scored highly.
Although not as exploitative in day to day employment matters as BUPA, being able to change the law to
disadvantage New Zealand workers in their own country is surely a spectacular achievement, in the grand
tradition of American anti‐workers’ rights legislation.

Read about the Rogers

Two other awards related to this well-deserved winner were also announced this week: one is the ‘Accomplice’ award and it goes to Prime Minister John Key and the National government for facilitating the ‘rogering’ of the New Zealand film industry by Warner Brothers. This was a ‘no brainer’, I had already annointed Key as the ‘Teflon Gollum’ months ago because of the lubricious role he played in oiling the way for the Saurons to roger Aoetearoa even more. 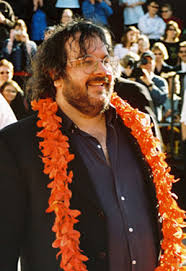 But my absolute favourite is the ‘Quisling’ award which went to Lord Porkpie himself. The sniveling, reactionary, greedy, fat bag of dust and stinking wind that is Sir Peter Jackson.

Lord Porkpie, our hats are doffed to you sire, you are indeed the all-cankering hero of the Gobbits.

Despite the fact that the Roger Awards organisers were unable to include another nominee in their list, there is someone else who richly deserves a share in the ignominious affair of the ‘the Hobbit’.

The Saurons of cinema were not only ably aided and abetted by an accomplice and a quisling; they had a media champion too: an ageing, yet chivalrous knight in a rusty helmet who would take their favour and nobble any opponent who dareth to joust in his pit of media pain and humiliation.

I am referring of course to the venereal Paul Holmes whose fire-breathing performance as the indignant raging anti-union lickspittle was worthy of an Oscar.

The unçtious poison dwarf took the interest of the Saurons and Lord Porkpie deep into his cold, black heart  and at every opportunity he lambasted the actors’ union for daring to stand up to film industry royalty.

It got so bad that a complaint was laid with the Broadcasting Standards Authority about Holmes’ treatment of actors’ union representative and trades council leader Helen Kelly. The weasel words in the BSA’s decision and the breath-taking leap of logic in its decision are worthy of a master illusionist. Lord Porkpie and his minions will be well happy with this result.

The BSA dismissed the complaints but said there was a clear difference in Holmes’ treatment of Ms Kelly and Mr Barnett.

Holmes the 'snarling' Gobbitt prepares to devour a unionist for Sunday brunch.

“During the first part of the interview the host interrupted Ms Kelly on a number of occasions and was openly biased,” it said.

“As the interview progressed, the host became unnecessarily aggressive and displayed active contempt towards Ms Kelly’s position. This was in stark contrast to the non-confrontational and respectful manner with which he interviewed Mr Barnett.

“(However), we consider that, in her position as president of the CTU, Ms Kelly would have expected to be interviewed robustly on a topic that had generated much public controversy.”

The BSA said Holmes was expressing his personal opinion and “freedom of expression protects his right to do so”.

The BSA admitting it was unreasonable and “unnecessarily aggressive” of Holmes to lambast Kelly, but that’s OK.

And what about the gratuitous non-response from Holmes about expressing his own opinion. He’s employed by the state broadcaster fer-cry-sake.

Bully for you Holmesy, that’ll show the bolshie upstarts who’s really in charge. Of course Holmesy is a serial offender and his anti-worker politics are well known. At every occasion he was asked, the lickspittle jousted verily for the trinkets and coins he was bequeathed by the Saurons . I had reason to crown Holmes ‘King of the Gobbits’ in October last year to honour his febrile rantings in support of Lord Porkpie. He is, indeed a worthy vassal vessel.

In case you missed it here is the redux performance of Holmes barking at Ms Kelly on the telly.

We shouldn’t be surprised however, that Holmes and his sickly ilk are in the pay of the lords and quislings. The whole Gobbit affair was badly reported and the embedded newsflacks were heavily biased in favour of Lord Porkpie and the Sauron mission to plunder and pillage the village of Hobbiton.

This entry was posted on Saturday, April 9th, 2011 at 9:39 am and is filed under a job well done, bias, Celebrities, Whores and Losers, media ethics, New Zealand Media, satire, shock jocks. You can follow any responses to this entry through the RSS 2.0 feed. You can leave a response, or trackback from your own site.